Ice Cube will be one of many celebrities who will be directing documentaries for ESPN’s newest series titled 30 for 30.

The series which celebrates ESPN’s 30th anniversary will be 30 one hour documentaries profiling a sports story directed by 30 different filmmakers.

Ice Cube’s film, Straight Outta L.A., will profile the Los Angeles Raiders and the influence they had on the rapper’s hometown and the beginning of his rap career as member of N.W.A.

Other documentaries which will be part of the series include a profile on track runner Marion Jones which will be directed by John Singleton and Hoop Dreams director Steve James will profile NBA superstar Allen Iverson. 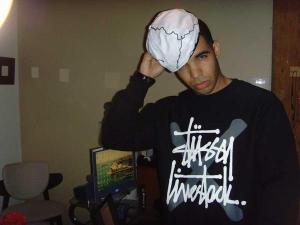 Drake is reportedly developing a sitcom with Canadian based Nightingale Company.

According to The Hollywood Reporter, the sitcom is titled Us & Them and will revolve around two best friends (played by Drake and actor Mazon Eisadig) who are trying to make it in the entertainment industry.

The show will mark Drake’s second television foray. The rapper played a character in the drama series Degrassi.

Nightingale is an independent film and television company which has seen recent success with the TV drama series The Line.

In related news, Drake is currently gearing up to release his debut album Thank Me Later via Lil Wayne’s Young Money label in the fall. The set will feature collaborations with Kanye West, Lil Wayne, Jay-Z and Young Jeezy, among others. 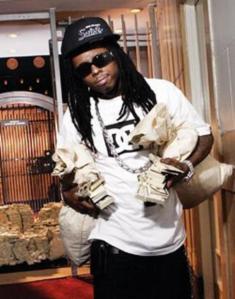 Kid Cudi is shifting his sights from the music world to the realm of acting, as Cudi will have a lead role in a new HBO series.

“It’s called How to Make It in America. It’s produced by the guys that did Entourage,” revealed Cudi to the Arizona Republic. “Mark Wahlberg is the executive producer. It’s directed by Julian Farino, who also did Sex and the City, several episodes of that and The Sopranos, and Entourage. I have a lead role. My character’s name is Domingo Dean. I actually named my character after both of my brothers – Dean, who lives in Phoenix, being one of them, and Domingo.”

In spite of his career, Cudi wants no part in being typecast due to his music.
“It has no reference to my music. It was important to me early on to branch away from music and actually do something outside my comfort zone,” elaborated Cudi. “When we were developing my character with the writers, I was telling them, ‘Man, I don’t want to be anything that has to do with music,’ just because that’s not really acting.”

Although he’s begun a career in acting, Cudi’s debut Man on the Moon: the End of Day is still scheduled to be released September 15, and will feature The Clipse, Common, Kanye West and Snoop Dogg; production will be helmed by Kanye West, Just Blaze and will.i.am. 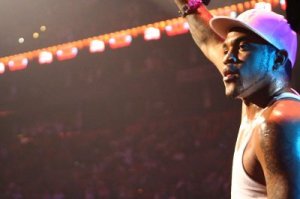