Posted on March 2, 2009 by Wade Bloggs Leave a comment 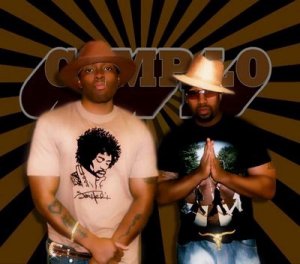 This past weekend, rapper Sonny Cheeba was in a car accident en route to a performance in Charlotte, North Carolina with rapper Herron as a passenger.

“In the collision Cheeba’s Dodge Charger was totaled and the artist was taken by ambulance to a local hospital,” the group said in a statement sent exclusively to HHDX. “Camp Lo’s scheduled midnight performance started as scheduled, with Geechi Suede who arrived at the venue without knowledge of his partner Cheeba’s accident, doing ‘Swing’ solo. The crowd who was later informed of the accident was amazed when Sonny Cheeba appeared on stage mid-set to join Suede for ‘Black Nostaljack’, and ‘Luchini’,which both tore the roof off of the packed Buckhead Saloon. Rapper Herron, who appears on ’95 of Crime’ on Camp Lo’s new project, appeared on stage as well and was not injured in the accident.”

They closed in reminding fans, “Camp Lo would like to thank all the fans for their continued support, and urge them to check out their new mixtape project Stone & Rob: Caught on Tape, which hits stores March 24th.”